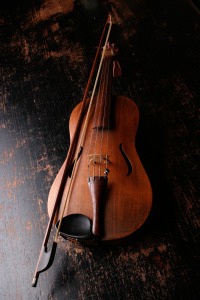 Robert Sequoia is an accomplished musician who was a resident of Santa Fe, NM. He has played extensively throughout the Santa Fe, NM, region, with numerous sold out shows at the Loretto Chapel, as well as shows on Kauai, Hawaii. A classical guitarist, Robert Sequoia has released four full-length albums of music intended to facilitate healing and meditation.

Most individuals would not be surprised to discover that listening to music can provide a number of psychological benefits. However, the extent to which the human body and brain can be influenced by music is truly impressive, with music therapy gaining more and more traction with psychologists.

Music therapy draws on a variety of psychological benefits associated with listening to music, including emotional balance and decreased levels of stress. Studies indicate that music has a direct impact on the human stress response, especially in relation to the autonomic nervous system. Not only does music help prevent and mitigate stress responses, but it can help individuals recover from stressors faster than individuals who do not listen to music.

Music influences the brain in countless additional ways. One study found that listening to upbeat music can help with accelerated cognitive processing, while slower music yielded similar results with memory. Additional research efforts have indicated music can help with pain management and can also be used as a sleep aid.